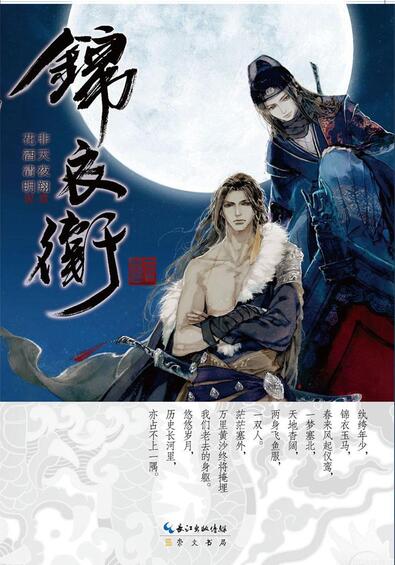 To served as an embroidered guard requires a certain background, a loyal dog character, fine build, and excellent skills in martial arts.

This is a story full of blood, sweat, and tears that took place among a group of embroidered guards.

And a story between a feral pussycat and a great wild leopard.

Synopsis:
Lu Zhongming's mission was to return to the early Tang Dynasty to occupy a place of influence in order to take in a little brother.

He had originally thought that it would be like the three parts of wine and seven parts of moonlight that Li Bai had described, opening his mouth and spitting out half the Tang Dynasty at its peak.

He didn't expect though... in the end he would actually become someone else's little brother.

“My mom said you can’t hit the head when you hit people, they’ll become stupid.”