"Does junior brother have any plans for marriage?"

Xie An spoke, "This is the divine weapon that I want to find the most, the exorcising and demon slaying sword, Budong Rushan!"

Chen Xing spread the bamboo scrolls over the table. Xiang Shu turned around and stared at the bamboo scrolls. Xie An paced a few steps in the room, saying, "Legends say that this sword is something that the ancient god, Budong Mingwang, using sunlight, moonlight, starlight, lightning, blazing flames, and bone phosphorus, the six kinds of light that appeared since the beginning of the world, tempered a sword forged from the bronze collected from the Shou Mountain in the earliest days.”

The records stated on the bamboo scroll in front of Chen Xing were no different from what Xie An said. The writing was in Lishu style, and he didn't know why, but he felt that it was vaguely familiar. He looked towards Xiang Shu.

Xie An continued, "According to what is written on the bamboo scroll, this sword can transform into six different forms. Once injected with mana, this sword can slay the demon god and purify the demonic magic between heaven and earth... "

“Where did the records come from?" Chen Xing asked Xie An.

Xie An thought for a bit and said, "From a household in Huejia. At that time, I was offering a generous reward; whoever could give it to me would be given ten liang of silver. Somebody then sent this to me."

Chen Xing furrowed his brows, and he held onto the bamboo scroll as he spoke, "But logically speaking, this should be from an exorcist’s collection of books."

Xie An answered matter-of-factly, "Of course. Why it would appear in Jiangnan, I'm not sure of this either."

"Why do these words seem a little familiar?" Chen Xing asked.

Chen Xing suddenly realized that he had gotten a hold of a treasure. He repeatedly turned over the bamboo slips in his hand. This was handed out by Zhang Liu 300 years ago! Why would he copy this book? Recalling the exorcist's sword in the mirror, the answer became clear. Zhang Liu had carried this bamboo scroll on him; perhaps it was in Jiangnan that he found the sword and then hid it in the mirror world!

Xie An spoke, "After returning from Mt. Hua, Master Baili told me that the "demon" was going to be resurrected. I thought that maybe I could find a divine weapon that could be used against the enemy. It should be able to help, so I followed the clues and searched everywhere, but I never found the sword...."

Xiang Shu took off the sword resting on his back, laid it flat on the table, and looked at Xie An.

Xie An stared at it in shock; he reached out his hand, but found that he couldn't pick it up.

Cheng Xing keenly discovered that aside from him and Xiang Shu, nobody else could move the sword. Even Feng Qianjun couldn't pick it up in the beginning, so what could that mean? That it even recognized an owner?

"The webs of life and death are firmly bound, willing for the wisdom sword to cut." Xie An murmured, "This may really be it, where did you get this from?"

Chen Xing's heart was full of doubts; regarding Zhang Liu's actions, why did the sword appear in the mirror world, where the Dinghai pearl might be... and so on. Everything was linked together, and when something appeared, another would follow. He explained simply to Xie An that the three of them had been involved in this for a long time, but still didn’t have any definite ideas.

In the end, Xie An could only say, "Rest for ten days, then you can go to Kuaiji to take a look. I will first take some people to investigate the bamboo scroll's past owners. However, it's best not to get your hopes too high, since this is something that has already existed since 300 years ago."

Chen Xing had a hard time deciding on what to do next. After thinking for a moment, he remembered the most important thing about their trip. So he took out the two leftover maps that Xiang Shu had replicated and spread them out in front of Xie An.

"We found some clues from the Exorcist Division in Chang An." Chen Xing said, "One of the maps we found points north to Carosha, but we don't know what the places are on the other two maps. Brother Xie, can you take a look?"

Xie An took the two maps. When they were in Karakorum, Xiang Shu had asked the clanspeople, and something they could be sure of was that the locations on the maps weren’t outside the Great Wall. Xie Yan had travelled everywhere under the heavens when he was younger, visiting renown mountains in search of fairylands. Chen Xing believed that he may have an idea.

This was one of the most important purposes for him coming to Jiankang.

Xie An looked at it for a long time and finally said, "I can't recall anything at the moment either. But it's okay, wait for me to find a time to call over the disciples from the other ethnic groups. They have also visited a lot of places. There will definitely be results if we discuss it with them."

Chen Xing was relieved and nodded. Xie An let the two rest first. Chen Xing asked Xie An for more advice then took the bamboo scroll with him to research more with Xiang Shu. There are many techniques to use the divine weapon. If they could learn how to wield this sword, they can do more when another battle comes.

"No, no." Xie An answered, "Both the Great Exorcist and the Martial God are my guests, how could I neglect you?"

Xie An arranged for the best two rooms in the wing for Chen Xing. Chen Xing didn't know whether to laugh or cry; he just followed Xie An left and right, walking past half the household to the other side of the Xie house. In the evening, the sun set a golden hue, the spring breeze was warm, and the windchimes jingled in the corridor. Chen Xing felt at ease.

"Does junior brother have any plans for marriage?" Xie An asked.

Chen Xing smiled and replied, "Can senior brother not concern himself with such matters?"

Xie An hurriedly answered, "I was just casually asking. When you were fighting my Jiangdong disciples today, I saw that there was an adoring look in your Protector's gaze when he looked at you. All you have to do is say... how about I arrange for the two of you to sleep in one room?"

Xie An replied, "Even though I am only a few years older, I still have the ability to see some truth. Your Protector Shulü Kong had been staring at you unblinkingly since the very beginning... "

"Then his eyes were probably sore," Chen Xing said seriously, "I have already said this for nearly a shichen."

Xie An brought him to the east wing, not far from his own bedroom, saying, "Senior brother is going to go take care of some business, I'll talk to you again later at night."

Chen Xing said, "It's fine. I want to turn in early, you can come again tomorrow."

Chen Xing sent Xie An away. It was already night. He immediately breathed a sigh of relief; he felt too tired today. He didn't know what Xiang Shu was doing; he planned on going to see him but was too lazy to move. Somebody sent dinner not long after, and after eating it, Chen Xing fell asleep.

Late into the next morning, the housekeeper came to invite Chen Xing to eat breakfast. Xie An had already headed to court. Chen Xing and Xiang Shu sat opposite each other in the dining hall. Once opening the container for the food, he saw a bowl of fish noodles and a few small dishes. It was full of Jiangnan flavour.

“Not bad.” Xiang Shu replied casually. It seemed that after the debate yesterday, Xiang Shu had started to treat Chen Xing a little more distantly. Chen Xing thought, when I was in Chi Le Chuan, I was always being pushed around everyday, but I never saw you defend me or speak up for me… Then yesterday, you offended all my clansmen, yet I didn’t see you have even a sorry expression. Fine, whatever.

“What about you?” Xiang Shu asked back for once.

Chen Xing cheerfully replied, “Fine, I don’t need to tidy up the room after all. Feels pretty good being at ease.”

Xiang Shu recognised the mocking tone in Chen Xing’s remarks, referring to the time when he had first entered Chi Le Chuan. He had been endlessly treated like a manservant and was even made to serve the Great Chanyu everyday. Today, fengshui had turned things around, and there actually came the day where the Great Chanyu was the guest.

“We’ve been pretty idle these days,” Chen Xing said, “How about we go play around in Jiankang City? Let me show you the Han people’s delicacies and fun places.”

“No need, you can go by yourself. Since you’re back home, just go with your senior brother. People who can write pretty words should hang around each other.” Xiang Shu seriously replied, “I’ve decided to go find some work and earn a little bit of money.”

Chen Xing spoke, “Don’t mess around in Jiankang City. If you are caught by the officers, the amount of money you make won’t be enough to redeem you.

Xiang Shu replied, “I’ll remember to disguise myself. No need to worry.”

Chen Xing finally burst out in frustration, “Hey! When I visited your home, you never brought me anywhere. Now that we’re at my home, I have been treating you politely as a host should to a guest. Xiang Shu, shouldn’t you say something a little nicer?”

Xiang Shu feigned puzzlement, “I thought it was your senior brother who was supposed to be entertaining me?”

Chen Xing gritted his teeth, “Just how have I offended you now?”

Xie An had just returned from court. He pulled off the official’s hat and tossed it aside. The steward rushed to pick it up. It was as if the room had been embraced by a spring breeze upon his arrival. He warmly asked Chen Xing, “Junior brother, have you eaten yet?”

Xie An turned to Xiang Shu, “Protector Shulü, if there is anything not to your satisfaction, please feel free to mention it.”

Chen Xing cried, “He was just be courteous, but you actually mentioned something!

Xie An immediately interjected, “It’s fine. I’ll immediately have some people slaughter and bring some lambs over. You can have an entire roasted lamb!”

Ice: Hello, I am the new co-translator for this project! I want to thank Zryuu and Elestrea for having me on board and helping be with sO MUcH oF tHe LoCAtIoNAl TeRMs. *sweats*


This chapter is migrated and/or formatted by our fellow chicken enthusiast(s), Caro and opal. 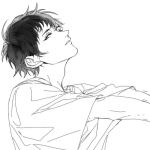 hello, new translator! and thank you ~ xiang shu … about to tsun himself to death hahaha

Ok I guess both Xie An and the dog are first place in my favorites. Sigh hope he doesn’t get a bad ending.

“I’ll keep transmigrating! I don’t believe that I won’t eventually transmigrate into a good one!”

— A-Can, Nothing to Lose Chapter 1